I might be wrong, but that trailer seems to be a fake.

So they confirmed the Battlefield Hub..
Battlefield 2042 has just confirmed from EA PLAY Live 2021 Spotlight – The Future of FPS that the new [REDACTED] game mode coming to BF2042 is going to contain Battlefield Fan favorite maps brought back into Battlefield2042 Gameplay. They also mentioned that the environment around will adapt and change to indicate when a world event is happening. The trees will begin to bend when a tornado is approaching.

Also tom posted
the maps I've heard will be coming to the #BATTLEHUB:

Metro
Locker
Wake Island
Siege of Shanghai
Arica Harbor
Caspian Border
They will be only 2 at the release and then will be added one by one. 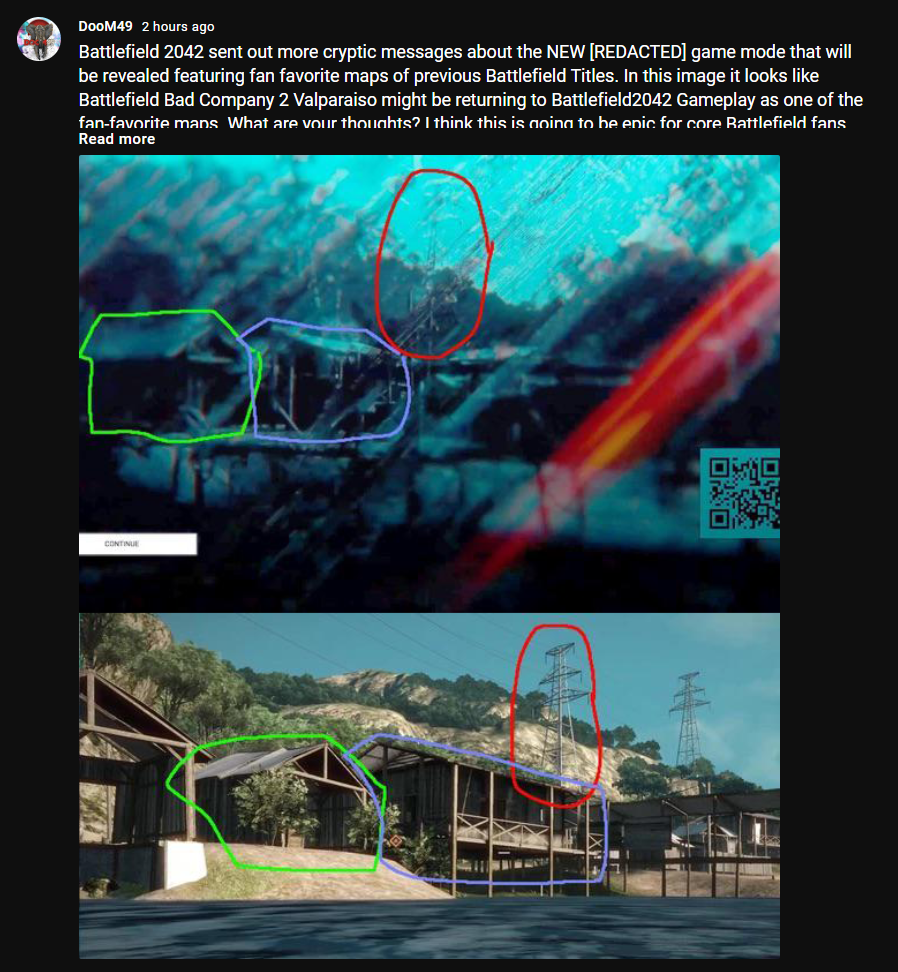 This is a game changer!!!! Change the game how u want to play it ! FCK dude this is manic, this is going to be awesome, check this out -

Very important information here. no renting server at launch. You still can make a server/host for free just like bf5. So we still can have a Community server but once the last person leave it goes offline.
https://www.youtube.com/watch?v=48_8VPNYurM&t=254s
Top
Post Reply
99 posts